Top 1% Invisalign Provider
Invisalign For The Same Price As Braces

Top 1% Invisalign Provider
Invisalign For The Same Price As Braces 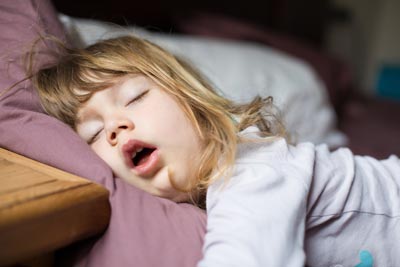 Sleep apnea is a serious sleeping disorder that causes you to stop breathing temporarily during the night, commonly because of the way that your throat muscles relax while you’re asleep. If you feel drowsy during the day, snore loudly at night, or wake up feeling like you are struggling to breathe, there is a chance that the source of your troubles is sleep apnea. Fortunately, you can get help for sleep apnea and snoring in Carson City, NV & Surrounding Areas with D’Ascoli Orthodontics.

Since this condition happens while you’re sleeping, you may not even be aware that you suffer from it. Here are some signs you may have sleep apnea:

According to Dr. D’Ascoli, there are three types of sleep apnea and you can have more than one kind. The most common is obstructive sleep apnea (OSA), which happens when something blocks the airway and prevents breathing. Usually, this is the collapse of soft tissue at the back of the throat.

Then, there is central sleep apnea (CSA) where breathing stops due to a lack of signal from the brain.

Finally, there is complex sleep apnea, which is where the patient has both types of sleep apnea simultaneously.

Sleep Apnea Can Be Dangerous

People suffering from untreated sleep apnea have been injured in car accidents and other mishaps because of their chronic exhaustion. Others experience a significant decline in their health, as the chronic oxygen deprivation caused by sleep apnea has been shown to increase blood pressure and raise the chances of a heart attack.

Although sleep apnea is a serious condition, the treatments available for it are relatively easy to incorporate into your nighttime routine. One option our orthodontist offers is a device you wear while sleeping that helps to better position the jaw, avoiding obstruction of the airway. There are others if this does not work, including CPAP machines and surgery for very severe conditions.

When you are ready to learn more about how orthodontic treatment can help you achieve a good night’s sleep, call 775-853-1919 to schedule your complimentary, no-obligation D’Ascoli Orthodontics Smile Assessment today. Your appointment includes a discussion of your goals, an in-depth oral exam, 3D scan, digital x-rays, a personalized treatment plan, and free bonus teeth whitening if you commit to Invisalign treatment the same day – a $295 value, for FREE!

You may also click here to use our online scheduling form. We look forward to helping you achieve your happiest, healthiest smile!